Called to do business

Growing up in an impoverished family in Kenya, Kefa was pulled into doing business at a young age. Before the age of 10 he started earning money, so he could provide himself with books, clothes and sometimes food. His first deal was with a man who wanted to start planting tea. As Kefa’s parents worked in a tea plantation, he could get seeds through them. He sold them to this man for 5 shillings; his first starting capital.

From there, he started building his own small business and started selling paraffine at 10 years old. Working hard, he bought his first pair of shoes at 15 years old, a small victory.

Kefa used to say that business was in his blood, but he now knows it was God that called him to do business. After also working in the tea business for years and getting married to his wife Irene, he started following Jesus in 2004. With a growing passion for God, he started serving Him in making disciples in 2007. He then proceeded to move to Chepilat, because he couldn’t do God’s work at his job. In Chepilat he started his own business in 2010, a bakery, and became a pastor.

Kefa’s bakery is still up and running today, selling Kangumu (otherwise known as halfcake and comparable to donuts) and delivering them by motorbike. But since he has joined the All Nations Family, both his life and his way of doing business have changed a lot. He has taken part in our Pioneer Business Consultation and is seeing instant results. There are three main lessons he took away from it:

The balance between business, ministry and family is very important. Kefa was inspired to let go and has made his wife the business manager while he is away. This made him realize she is an even better manager than him. She is making more profit and is making sure people pay what they owe.

Letting go means he has more time for other things. He has planted 7 churches in Chepilat and is so confident in his leaders that he can go to new areas to spread the gospel.

He is also coaching and financing (via loans) 5 businesses with church members that he meets 4 times a week:

The coffee and Mandazi business is very successful.

“Dominic, the owner of the business has reached more than 22 youths and has led them to church again. He is also reaching the people in transport, who are driving boda boda’s and taxis. This is a very neglected group, where the introduction of the gospel could bring amazing change in the exploitation of customers, bribing cops and drug use.”

But that is not even all of Kefa’s activities! He also has a big heart to people who have a past like his, the children on the street. Kefa is spending time with them and is helping them to get to know Christ, but also to get jobs and other things. He has even adopted 4 children whose mom has died, next to already taking care of his own kids.

Kefa is an amazing and inspiring leader, who seems unstoppable and tireless.

We are motivated by his story, just as much as All Nations has giving him motivation to continue and reach God’s goals for his life.

We would love for you to partner with us in prayer for him and his family, for the following points: 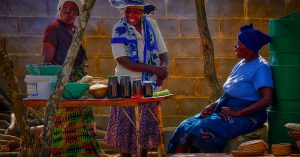 After training and coaching hundreds of aspiring entrepreneurs in Africa, Asia and the Middle-East over the last 4,5 years, I have observed five common mistakes 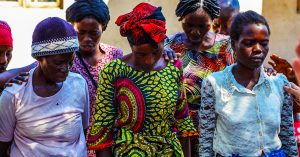 Since 2018 we have been supporting our Malawian team by helping them to plant new churches, businesses and to become self-sustainable. Over the last years, they

EARLY LIFE At a young age, Kefa’s drive to keep his family out of poverty started to emerge. When his mother got seriously ill, everything