For five years, Finley lost track and turned away from God. Until one day, he realized that what he does is not taking him anywhere. This is a transformation story of a Kenyan leader that ignites business and church planting. Finley Mandela from Kenya, 28 years old, came from a family where people used to go to church but don’t know Jesus Christ as their personal savior. They go to church but do not understand the meaning of being saved and the value of being a Christian. Finley went away from the church because he felt hurt. His situation became worse. He stopped going to church and walked away from following Jesus.

Finley started to engage in drinking alcohol and other ungodly behaviors. A cut on his upper arm and forehead can tell that he went through a lot when he swept away Jesus Christ in his life. He never went to church and he was just on his own.

At a certain time, he didn’t know what happened to his life. Finley just sat down and realized he must focus. He couldn’t just keep on living like this. He sat with a friend who is a brother to his pastor and told his friend that their drinking habit will not take them anywhere. To quit alcohol is what he wanted. He stopped seeing his other friends completely and started going to church. It was Kefa Moirore who welcomed and prayed for them. This is the initiating step into his transformation. Finley stayed in Kefa’s place for many months. He is very proud and thankful to Kefa for giving him some spiritual books he keeps on reading.

Finley is very happy because his friend followed in the same footsteps to be with the Lord again. They never go back to their drinking habit even though those other friends they had kept asking to join them again. Finley stopped going to places he knew temptations of alcohol would tease him. He prayed to God to help him resist the temptations of liquor.

IMPRESSION TO THE COMMUNITY

Finley continued to stay with Kefa like they are a one big family, sharing the words of God. This support system became a big factor into his transformation. His community started respecting him because he has become a good example even to the growing generation. That others can learn something good from him. When God changed his life, the community changed the way they looked at him before. Especially now, he started doing business. People come to seek his advice on business.

Finley started sharing with the community what he learned from attending Pioneer Business Planting. It was Kefa who mentored him into business. It made him realize that there is a very big relevance between business and the word of God.

After the training, Finley started his own barbershop and has now one employee. A lot of people come to his barbershop and he feels like he should be expanding the business because it is growing. Pioneer Business Planting changed him a lot. This changed his perspective of how he knew business as it is not only for making a profit but it can also be used as a tool to spread the gospel. It made him realize that he doesn’t need a lot of resources to start a business or to engage in a business. He also started a poultry farming business. He decided to start small with 12 layers of hen and his target is to grow this into 132 layers.

“I decided to start small and then grow because I have to wait until i am ready to expand. This is what Pioneer Business Planting taught me. So I decided to start with 12 and I will be growing them progressively.”

Aside from doing business, Finley also help in church planting and disciples making. He has even influenced some of his other friends to quit drinking and encouraged them to avoid bad company. Right now, he is mentoring a group of fellow youth that started a carwash business though it is not yet running.

His friends usually visit him in his barbershop where he always shares with them the words of God. His friends call him pastor. Finley continues to help his friends change not only for themselves but also to encourage others to quit their old ways and change for good. His friends never fail to pass by his shop whenever they come to their place. After realizing that Finley has avoided them before and was able to quit alcohol, his friends will also challenge themselves. Some of them change and some don’t. This is what Finley is continuously doing. He gives them time and keeps on encouraging those who have not changed yet.

“Trust in the Lord with all your heart and lean not on your own understanding” -Proverbs 3:5 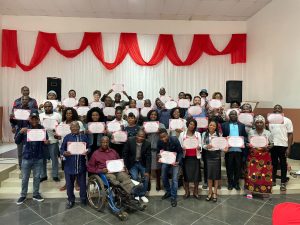 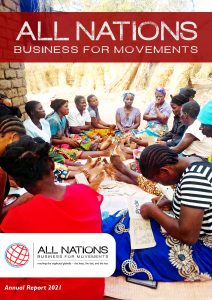 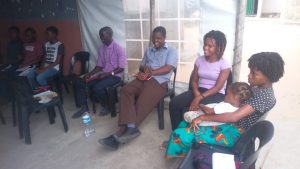